skip to main | skip to sidebar

i've speed bumped (or hump depending on the preferences of your local civil engineer) through the idea of posting as often as possible. it's a catch-22 of writing when trying to force the formation of an idea or thought. if you are successful in this post, it doesn't always have the feel of quality, spontaneous work and self-criticism is more prevalent than 3rd party feedback. if you are unsuccesful, it's like sitting on the toilet with the feeling of an impending genesis of sound and smell, only to wipe later and see blank space. you know you came to do something, the effort was made, but you know you'll be back in an hour giving it another try cause no one wants to hear a story about a fart since crap is king.

the cable channels tell us all the time that we're suckers. name brand name checks during cooking shows, traveling to exciting destinations like disney world or times square and making sure that each revision is the slightest bit different. my cooking knowledge comes from 25% learning from my parents (though dad is the cook) and watching them cook, the other 75% is watching food shows and reading. i'm far enough along that i considered a few culinary schools before epiphanizing on loving to cook, but no desire to do it professionally. so i watch the food channel (which has switched to a lifestyle network since the days before the chunky bitch with too many shows popped on), the travel channel and sometimes fine living or pbs.

the conclusion is that the same content is being reproduced at an alarming rate. consider how many blogs you read that talk about other blogs, reports on mainstream-media stories or just duplicate the newest press release so that the swag train stays local and you get a free bottle of rotgut. but you will pimp the fact that a marketing goon has made sure to fluffer that their triple-distillation, single-sourced clear liquor of the day is the most ultra premium beverage in this week's blogocycle. 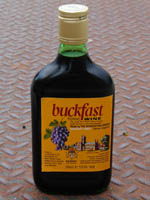 this has been spawned by a travel show's decision to show their viewers that pat's and geno's are in a heated battle for the king of steaks in their block of south philly. the program failed to note that every other fucking travel and food show that stops in philly does the exact same spot with the exact same guys slingin wizz and ribeye. they show you the same shots from inside the store, talk to the same guys wearing the same eagles sweatshirt and make sure you get to bust that nut at the end where the tease comes in..."which steak really is king of philly?"

well thank you christian girlfriend scared of the other rubes in the youth group. like every other show, YOU NEVER MAKE A FUCKING DECISION and tell me, with a smirk that says if i knew you outside of the show, you'd tell me with a very smug satisfaction that they are both...wait on it...good. this also tells me that you have no interest in receiving a public beating by rival beef factions over your decision.

content is being created at an alarming rate and if you don't think that i get the irony of this post, then my shirt is indeed wrinkled.

evan
I brought sexy back and got store credit.